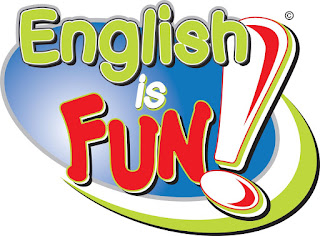 
hai.. how are you today..? fine?
You must be sick? okay, it no what what :3 ? as long as it does not hurt, chiawww :v ( rip boso english :v )
langsung aja yac,  w gx terlalu bisa ngomong english jadi langsung simak soal dibawah ea..

Once there was a husband and his wife who had a baby. They had a dog named Bony. It was a very smart dog and faithful to them. The dog used to take care of the baby while were working in the rice field.
One afternoon, while working in the field, they heard Bony barking. It was running toward them. It’s mouth smeared with blood. The husband shocked and thought that it had killed their baby. Suddenly he took his sickle and threw it to the dog. It hit the dog’s had and the dog head and the dog fell down and died.
Hurriedly they got home and saw the baby sleeping. When the husband looked around in the baby’s room, he found a big snake lying on the floor. It was dead and blood spilled everywhere. It seemed the dog had killed the snake and the killed his faithful dog.

6. “Suddenly, he took his sickle …..”(paragraph 2, sentence 5). The word suddenly has the same meaning with the word……
a. usually
b. quietly
c. Quickly
d. angrily
e. hungrily

7. Why was the husband shocked? Because………
a. He thought that the dog hurt killed his baby
b. he was sick
c. he saw a snake
d. he saw a dog died
e. his wife fell down

16.
A : Have you heard that uncle Joe will come next week?
B : Oh. really? When did he tell you?
A : Last week.
The underlined sentence is used to express ……..
a. happiness
b. surprise
c. pleasure
d. enjoyment

18. “Watch the TV tonight. My daughter is on TV channel 5 at eight. She always makes me happy.” “Sure, I will.”
From the underlined words we know that the first speaker feels …….. her daughter.
a. angry with
b. proud of
c. worried about
d. disappointed at

19. The batik dress mother gave me is old, its colour has faded. Its refers to …
a. mother
b. old
c. batik
d. Colour

25My sister, Siska has all her dresses made because…
a. she likes sewing
b. she is a dress maker
c. she cannot sew at all
d. she doesn’t have a good dressmaker
e. she can’t offord to pay dress-maker

26. This area is not suitable for farming because the soil is not……
a. fertile
b. fertilize
c. fertility
d. fertilizer
e. fertilization

28. ‘When do you want to have the parcels………to you hosue ?’
‘It’s better tomorrow morning’
a. deliver
b. to deliver
c. delivered
d. delivering
e. be delivered

One evening last week my and I were sitting quietly at home. Suddenly we heard a loud bang. I supposed that the old lady in the flat above ours was moving the furniture about. My wife was afraid that the noise would wake the baby. She turned down the TV and moment latter we heard someone calling for help.
I run upstairs. The old lady’s door was shut but I could see smoke coming through the letter box and under the door and smell something burning.” Ring the fire brigade .” I should down to my wife.
I banged on the door but the old lady took a long time answer. I was turning over in my mind the idea of breaking the door down when she finally appeared.
“I was having a bath,” she said,” when the water heater in the kitchen blew up. And I was getting dressed when you knocked.
I took her down stairs to our flat. Smoke was pouring out of the kitchen and the heater was in flames. Just then I heard a fire engine arriving outside and the heavy footsteps of the firemen on the stairs.” It’s in here,” I shouted,” You turned up promptly, I must say.”
When I got back to our flat, my wife was making the old lady a cup of tea, Soon afterwards, the fire chief came in to ask a few questions. It turned out that the fire was not very serious and the firemen were already putting it out. When they left, my wife went up with the old lady to help her clean up the mess.
When she returned, my wife remarked : “It’s all right now. Nothing was damaged except the water heater. But wasn’t it lucky that baby slept through the noise ?’
She took the teacups into the kitchen and I heard her scream and the cups crash to the floor. When I got there, water dripping from the ceiling and forming a pool on the floor. The baby woke up at least and began to cry.

29. What is the story about ?
a. A disastrous accident
b. A confused old lady
c. A fire brigade in action
d. A surprising evening
e. A small accident in the kitchen

30. The writer suspected that something was wrong when…
a. there was a loud noise
b. there was a cry for help
c. his wife was afraid of the noise
d. furniture was being moved about
e. he saw smoke coming through his letter-box

31. Which of the following statement is true ?
a. the old lady hurried to the door when yhe writer knocked
b. the noise in the old lady’s flat didn’t disturb the baby
c. the writer kicked the door open to save the old lady’s life
d. there was great damage in the flat ofter the fire
e. the old lady immediately called the fire brigade

32. ‘Turning over in my mind in paragraph 3 means…
a. chancing
b. repeating
c. reminding
d.considering
e.supposing

33. After reading the whole story, we know that…
a. the old lady was good at house cleaning
b. the baby was startled by the some of the fire engine
c. the fire occurred because the old lady had been careless
d. the old lady always enjoyed having tea with the writer’s wife
e. the fire had caused a leak in the ceiling of the writer’s kitchen

34. Which of the following statement is not true ?
a. the baby woke up a long while after the fire
b. the writer and his wife were at home watching TV that night
c. the fire engine didn’t arrive as quickly as the writer had thought
d. the writer’s wife was so startled that the cups fell from her hends
e. the writer’s wife didn’t expect to see a pool of water in her kitchen

35. Nowadays people prefer using small cars than big ones because they are more…
a. economic
b. economy
c. economical
d.economize
e.economically

36. The place …..the Dutch imprisoned Pangeran Diponegoro was hilly
a. which
b. that
c. that
d.on which
e.in which

38. Every night the street vendors walk along the road and…food and drink.
a. sells
b. to sell
c. sell
d.selling
e.is selling

39. Someone had stolen his car last night
He…..forgotten to lock the garage
a. would have
b. might have
c. should have
d. could have
e. must be